The Truth about the Galileo Trial 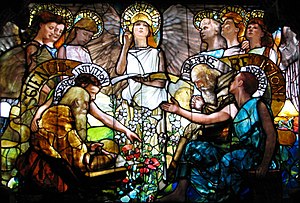 The Truth about the Galileo Trial

Many non-Christians try to use the Galileo trial as a means to show how faith and science are in conflict.  Historically, it was the Christian worldview that provided the foundation for science to prosper.  Many of the early great scientists were Christians, committed to discovering how God created the heavens and the earth.

An excellent article on the Galileo trial was posted on the Reasons to Believe web site by Jeff Zweerink.  http://www.reasons.org/articles/understanding-the-galileo-trial

According to popular perception, the trials of Galileo Galilei pitted the outmoded traditions of the church against the relentless advance of science.

Further, it started the process of removing humanity’s central location in the cosmos to the more correct position of “virtual irrelevance.” But there’s one main problem with this perception: it’s incorrect.

Any good book on the history of science will provide a more accurate picture of the Galileo affair. (One of my favorites is Science and Religion, edited by Gary B. Ferngren.) Here, I want to highlight the most relevant points.

The Aristotelian, geocentric (Earth-centered) view of the solar system dominated the scientific and theological discussions of the day. Then, in 1543, the heliocentric (Sun-centered) view developed by Nicolas Copernicus was published (posthumously), over 70 years before Galileo took up the issue. Copernicus was not the first to develop a heliocentric model, but his was the most prominent.

In 1610, Galileo built his first telescope and began observing the heavens. He found craters and mountains on the Moon, moons orbiting Jupiter, spots on the Sun, and phases on Venus (just like on the Moon). Many of the things he found raised questions that impacted scientific and theological the ideas of his time. However, though a growing body of evidence supported the heliocentric model, Galileo could not provide definitive evidence that the Copernican model was correct.

The fact that the scientific community of the day was not convinced of the heliocentric models endorsed by Copernicus and Galileo is often missed.

The Protestant Reformation and ensuing Counter Reformation of the previous hundred years heightened religious sensitivities because of all the fundamental change they brought. The question of who had the authority to interpret Scripture, an outcome of the Counter Reformation, figured prominently in Galileo’s matter. The Council of Trent had explicitly limited biblical interpretation to the bishops and the councils of the church. In seeking to harmonize the heliocentric model and Scripture, Galileo (being untrained in either theology or in the study of Scripture) provided a different interpretation of biblical passages frequently quoted to support a moving Sun and stationary Earth. Given the upheaval created by the Reformation and Counter Reformation, the church was (rightfully) reluctant to change position on a topic without compelling evidence—evidence that Galileo could not yet provide.

When Galileo’s cause was brought before the Pope and, ultimately, the Roman Inquisition, they responded with two important declarations regarding the notions that (1) the Sun (rather than the Earth) was the center of the universe and (2) the Earth moved. The former was declared “formally heretical” and the latter “at least erroneous in faith.” Here the church reached too far in its condemnation. The Sun’s and Earth’s motions or positions do not inherently impact the authority or inerrancy of Scripture. Scholars can and did propose interpretations on either side of the issue.

The impact of the Reformation and Counter Reformation on this whole mess cannot be minimized. Richard Blackwell, professor of philosophy and expert in the Galileo affair, states the matter plainly:

If Copernicus’s book had been published either one hundred years earlier or one hundred years later, the Galileo affair would probably not have happened. But, in fact, it was published in 1543, when the Reformation was in full bloom and the Counter Reformation was just beginning. Hence it was that by 1616 all of the actors and cultural forces were in place for the drama of the Galileo affair to begin.

In 1616, Galileo was ordered (in a ‘precept’) by the church to cease to defend heliocentrism in any way and Galileo (a devout Catholic) promised to obey. Fifteen years later, he sought an audience with the newly appointed Pope to publish a review of the heliocentric and geocentric views and was granted permission. However, he never mentioned the precept during his request and this omission led to Galileo’s conviction and house arrest. Rather than being a monumental clash between science and religion, Galileo’s conviction was a legal matter he handled poorly. Thomas F. Mayer, history professor at Augustana College, is quoted as saying it this way:

The notion that Galileo’s trial was a conflict between science and religion should be dead…Anyone who works seriously on Galileo does not accept that interpretation anymore.

The Galileo affair provides three lessons for us today.

First, it often takes a long time to accumulate enough scientific evidence to definitively support one model over all others. The process is often messier than we would like. Therefore, we should not state our case more forcefully than the evidence allows.

Second, as Christians we should be careful to avoid overstating biblical interpretations in order to fight a social, political, or even religious battle.

Third, even though authorities and governments regularly make mistakes, God put them in power for a reason. Disregarding their decrees carries consequences.

Thanks Jeff for providing some clarity on this issue.  A short list and description of scientists who believed in God can be found at: http://www.godandscience.org/apologetics/sciencefaith.html    Most of these men were Christians.

Previous post: Part 20 Answering: I believe the Bible as far as translated correctly