Is the Faith of Mormonism Blind?

Question:  Why do Mormons avoid evidence and depend on faith alone?

Answer:  Whenever I pose a difficult spiritual issue to Mormons, they always go to their heart as their answer.  “I have this burning in my heart that tells me this is true.”  Answering with feelings and not evidence is what I call blind faith.  The problem I find is many Mormons misunderstand Biblical faith.  Here are basic definitions of two types of faith. 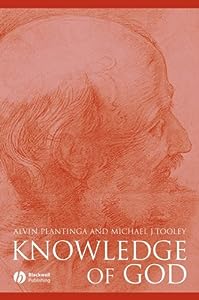 I will utilize a recent Facebook dialogue with a Mormon to establish the differences.  I pick up our discussion midstream.

Mormon: Steve do you understand the difference between Knowledge and faith in religion? Knowledge is something that you have seen with your own eyes, if you have knowledge you do not have faith.

Steve: Knowledge is justified true belief. Knowledge doesn't require absolute certainty. We don’t have to see it with our eyes to know it.  The opposite of knowledge is ignorance. The opposite of faith is unbelief. What you seem to be communicating (correct me if I am wrong) is that you have a blind faith that needs no evidence.

I believe in Biblical faith that is strengthened and supported by evidence Heb. 11:1 (NASB) “Now faith is the assurance of things hoped for, the conviction of things not seen.” The word “conviction” in the King James Version is “evidence.” Assurance, conviction, evidence are words that stand on the foundation of knowledge and not the lack of. Growing in the knowledge of God will strengthen your faith. I prefer to use the word “trust” instead of faith.  Trust is not blind but must be earned. In order to trust someone we need to get to know that person. The same goes for faith in God. The more we grow in the knowledge of God, the more we learn to trust him or have faith in him. Faith is not wishing but an active trust.

To express Biblical faith you have to be reasonably certain of the truthfulness of the claims of Christianity. The faith God is interested in is based on knowing, grounded in evidence.

Mormon: I see that you do not understand religious knowledge and religious faith. Hebrews 11:1 (KJV) “Now faith is the substance of things hoped for, the evidence of things not seen.”  Faith is built on evidence that cannot be seen.  Faith is what God wants us to have.  True faith is never blind.

Steve: Here is what Hebrews 11:1 actually teaches: “Faith is the assurance of things hoped for, the conviction of things not seen.” We see the words “hope,” “assurance,” and “conviction”–that is, confidence.  How are these key words tied to faith?  If you buy a lottery ticket, do you hope you'll win the lottery? Yes, of course you do. Do you have any assurance you'll win the lottery? Absolutely not! You have no way of knowing that your ticket is any better than the millions of other lottery tickets.

But what if you had x-ray vision and you could see through the gray scratch-off coating on the lottery tickets you buy at the supermarket? You'd know if you had a $100, $200 or a $1,000 winner, wouldn't you? In that case, would you merely hope you'd win? No, you'd have assurance, wouldn't you? You'd have assurance of those things you previously only hoped for. It would be hope with conviction, not a mere hope, but a hope strengthened by facts and evidence[1].

Mormon: An interesting way of twisting the words.

Steve: How did I twist the words?

Mormon: By saying that you can see something that is unseen with the fake x ray vision. Scratch-off coating on the lottery tickets you buy at the supermarket is probability.

Steve: It is not probability if you use X-ray vision to see you are the winner. That is assurance you are going to win. It is simply an analogy. Go back and re-read the words of Hebrews 11:1. Faith is the assurance of things hoped for… By faith we have the assurance of the truth of our beliefs based on evidence of things not seen. This verse contradicts your definition of faith.

The Mormon I dialogued with tried to pit faith against knowledge.  As I said in my post the opposite of knowledge is ignorance; the opposite of faith is unbelief.  He said if you have knowledge then you do not have faith.  That is an example of blind faith.  Talbot philosophy professor, J.P. Moreland has suggested that if this is really the Christian view of faith, the best thing that could happen to Christianity is for the bones of Jesus to be discovered. Finding His bones would prove He didn't rise from the dead. When Christians continue to believe that He did, then, they would be demonstrating the strongest of all faith, believing something that all the evidence proved was false; they would be “Believing the unbelievable.”

Next post: Part 3 Refuting both modalistic and arian heresies