Part 2: The Watchtower commitment to truth 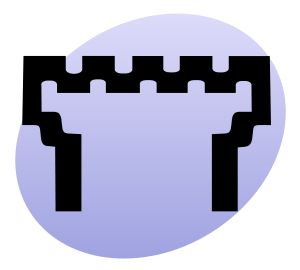 The Watchtower Society (Jehovah’s Witnesses) claims to be the sole religious group faithful to the teachings of Christ and the apostles today. The Witnesses believe that the Christian church, which they refer to as “Christendom,” fell into a great apostasy after the death of the apostles and became corrupted with the doctrines and ideas of Greek paganism and philosophy. Among the doctrines corrupted was the nature of Christ, whom they maintain was the first creation of Jehovah God.

We will begin our study with their very own documents concerning quoting other works.  My first reference is from Watchtower publication entitled “Qualified to be Ministers 1955.”  I am quoting from pg. 199 v. 8:

“Be very careful to be accurate in all statements you make.  Use evidence honestly.  In quotations, do not twist the meaning of a writer or speaker or use only partial quotations to give a different thought than the person intended.”

My second quote from the Watchtower Organization was found in the “Theocratic Ministry School Guidebook 1971.”  Page 110 v. 9:

“Accuracy of statement.  Jehovah’s witnesses are an organization of truth.  We should want to speak the truth and be absolutely accurate in every detail at all times.  This should be so not only as regards doctrine but also in our quotations, what we say about others or how we represent them, also in matters involving scientific data or news events.”

Both quotes indicate the Jehovah’s Witnesses are dedicated to truth and stand strongly against misquoting a writer.  They are committed to not twisting the meaning intended by the author or utilizing only partial quotations that lead to a misrepresentation of the material.  The organization wants to speak the truth and be absolutely accurate in every detail at all times.

These are commendable goals for the Watchtower Organization.  Both of these statements should be the intention of every religious or secular organization.  Many arguments could be avoided if everyone refused to misrepresent someone’s position.

I will use these statements as a measuring tool when evaluating the quotes from the Watchtower publication entitled “Should You Believe in the Trinity.”  If they are true their word, I expect the Watchtower to be very accurate in quoting Christian sources in regards to the doctrine of the Trinity.

Next post: Part 13 Bible teaches all humans are intrinsically valuable