Part 11 How does the number of manuscripts support the Bible? 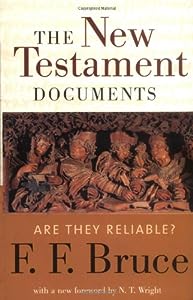 Test #3:  What additional historical evidence supports the Jesus of the Bible?

When it comes to the New Testament manuscripts the originals (autographs), penned from the various Biblical writers, do not exist.  What we have are copies of copies.  Therefore, the more copies we have the more we can check the accuracy of the manuscripts.  This is the same standard for all ancient writings.  The two issues historians use to judge accuracy is the closeness of the copies to the original and the number we have.

When you look at ancient manuscript evidence for other historical writings it is a nightmare when compared to the Bible.  Ancient books are accepted as historically accurate with scant manuscript evidence.  The closest copies we have for the vast majority of non-Biblical writings are hundreds and sometimes thousands of years after the original.  In addition to the late date these manuscripts have very few copies.

Next to the New Testament the second greatest number of manuscript copies is Homer’s Iliad, which was the bible of the ancient Greeks.  There are fewer than 650 Greek manuscripts of it today.  These copies come to us from the 2nd & 3rd century AD and following.  When you consider that Homer composed his epic 800 BC you can see a huge gap between the original and the copies of over 1,000 years.

On the other hand when we come to the Bible we have 5,664 ancient Greek manuscripts.  There are between 8,000-10,000 Latin Vulgate manuscripts, plus thousands of other copies for various reasons.  We have nearly 24,000 ancient manuscripts of the New Testament that serve as pieces of a puzzle for the textual critics to work with to give us an accurate Bible.  Around 306 of these manuscripts date back to the 3rd century AD.  In fact we have one manuscript scrap from the book of John that originated somewhere between 100 -150 AD.  A number of scholars have even dated it earlier.

Remember the Bible was copied over hundreds of years without the use of copy machines; it was all done by hand.  Errors are bound to happen even though the copyists had rigorous standards to eliminate errors.  Some probably happened because eyeglasses were not yet invented and poor eyesight caused some mistakes.  Other errors occurred in word order.  In English word order is very important but in Greek it is not.  In English there is a difference between “Dog bites man” and “Man bites dog.”  But in Greek it doesn’t matter.  Therefore, meanings are not changed even if word order changes.  If one word is put out of order in a Greek manuscript and that manuscript is copies 1,000 times, scholars count that as 1,000 mistakes.  The same happens on a single misspelled word; if it is copied 2,000 times that equals 2,000 mistakes.

You can see how the total number of errors increases dramatically.  Some estimates have the number of mistakes around 200,000 but that number is actually small when you consider what constitutes a mistake.  Billions, billions of mistakes are possible counting them using this method.  Yet, scholars say what we have is 99% pure and no teaching or doctrine of Christianity is compromised.  The reason is when you have 24,000 ancient manuscripts the textual critics, who study these documents, can easily spot most errors and make the appropriate corrections.

The great scholar F. F. Bruce said this: “Perhaps we can appreciate how wealthy the New Testament is in manuscript attestation if we compare the textual material for other ancient historical works.  For Caesar’s Gallic War (composed between 58 and 50 BC) there are several extant manuscripts, but only nine or ten are good, and the oldest is some 900 years later than Caesar’s day[1].”

What I find difficult to understand it why the Bible with mountains of manuscript evidence is continually under attack and yet, books with as few as 10 manuscripts are given a free pass; no one questions their accuracy.  Is there a possible scholarly bias?

Or visit the Site Map

Next post: Part 12 How do the testimonies of the writers support the Bible?